Loveland Author Showcase Panel Highlights the Many Paths to Publication

The Loveland Author Showcase panel on Nov. 12 featured four writers with eclectic backgrounds: classical pianist from Sri Lanka, air traffic controller, recipient of a master’s degree in molecular biology and genetics, and a boy with dyslexia from the cornfields of Illinois.

The one thing they have in common is a love of writing, storytelling, and sharing in the human experience.

Carrie Visintainer, author of the essay collection Wild Mama, described her “nerdy” teenage self and tackling an ambitious project during homecoming weekend. “I kept a diary,” Visintainer said, “And I wrote, ‘This weekend I think I’m going to write Macbeth through a modern lens.’ ”

She laughed. “And I did write it.” Visintainer went one to to earn a master’s in molecular biology and genetics.

After a career as classical pianist, Preethi Fernando spent seven years trying to gain the interest of literary agents, then used The Writers Market to target publishers that accept unagented manuscripts.

“There were so many rejections,” said Fernando, who eventually went on to publish Ghost Towns of the Rockies and five other books, “After you get the first one, it’s easier to get the second.”

Writing is about “transformation in the face of adversity,” said Todd Mitchell, the boy from Illinois who became the award-winning author of young adult novels Backwards and The Secret to Lying, and the middle grade novel The Traitor King. “You’re not just transforming your character,” he said. “You’re transforming yourself.”

Mitchell wrote so many literary short stories while in college that he burned out. He realized he’d been writing only to please his professors.

Once Mitchell thought about what he loved – books he read in fifth grade – he began writing for younger audiences and found his passion.

Mitchell cautioned writers about the price of success. “Publication will not solve all your problems,” he said. “In fact it will create a whole bunch of new problems for you.”

Focus on the process and enjoy it, he said. He spent 10 years writing four or five “practice” novels before his first book was published.

“If it’s not difficult, you need to challenge yourself,” Mitchell said. “If you’re doing the writing and enjoying that transformation, you’re a writer.” 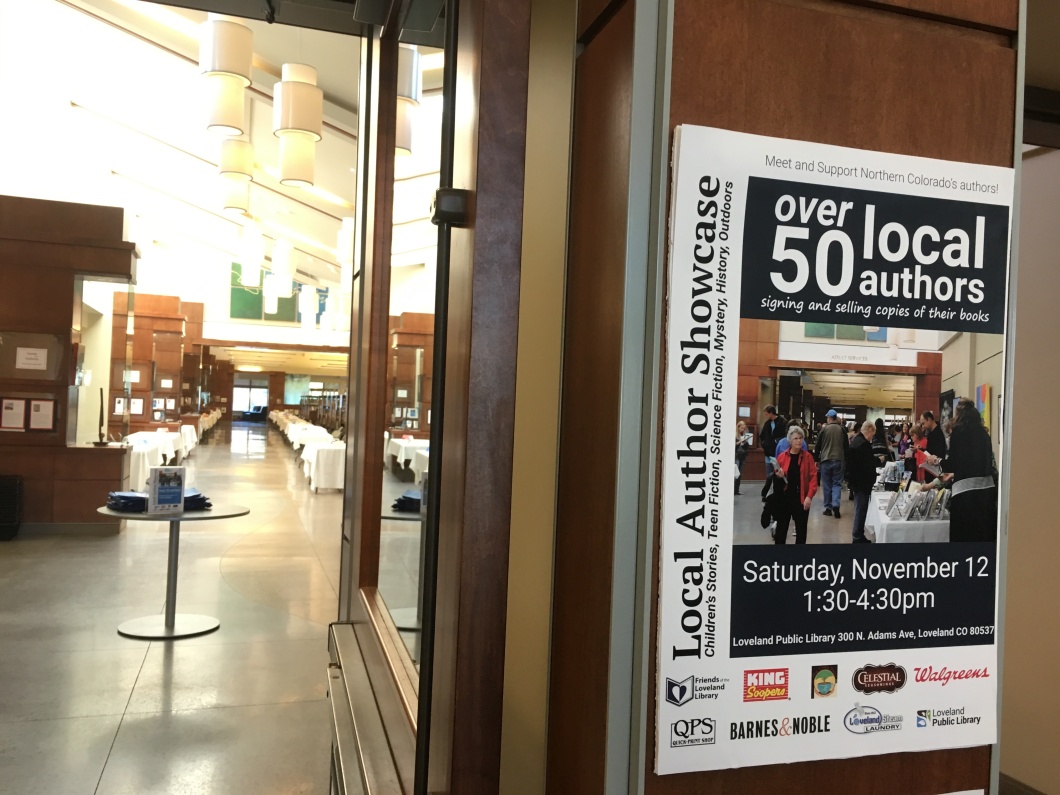 The panelists agreed a critique group, whether online or in person, is instrumental in that transformation.

Visintainer had just one short story to submit when she joined a critique group. But she gained confidence in her writing and learned a lot about giving and receiving feedback, and studying books from a writer’s perspective.

“I wrote a series of essays that turned into a book at the encouragement of my writing friends,” she said. Going the traditional publication route terrified her, but working with her literary agent has become “one of the coolest relationships to grow and nurture.”

Visintainer encouraged everyone to join organizations like Northern Colorado Writers, which she praised as “not pretentious.” NCW’s many offerings include write-ins at coffeehouses, networking, year-round classes, social events, a newsletter, and an annual conference.

Raising a family sidetracked Lynne’s writing – she has lots of partial novels, children’s books, pieces of drafts, and a memoir in vignettes – but now she says, “I spend 70 percent of my day in my fantasy life.”

Her first manuscript shot to the top 50 in the Amazon Breakthrough Novel Award contest. An online critique group helped her edit it, and she later pitched the novel to literary agents. She and her husband decided to start a press and self-publish her book after every interested agent asked her to change her manuscript as a condition for acceptance.

Lynne, who has published the first and second books in The Esau Continuum series, is starting a new series and working on a literary novel “about Hell.” She also landed an agent for a nonfiction project.

Fernando advised writers to build a portfolio of magazine articles to increase credibility and experience when writing nonfiction books, as she did when writing Ghost Towns of the Rockies.

Many paths to publication exist. Whatever your genre, these four authors prove the challenge lies in finding the right path for you and your book.

Katherine Valdez  writes about author events in Northern Colorado. She was one of 13 finalists out of 65 applicants for the 2017 Fishtrap Writing Fellowship. Follow her at Secrets of Best-Belling Authors, www.KatValdezWriter.wordpress.com, Facebook, Instagram, Twitter, Goodreads, and Medium.