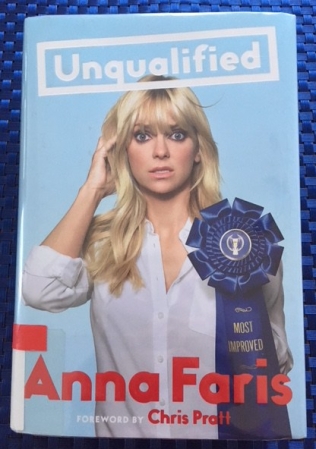 Unqualified: Love and Relationship Advice by a Celebrity Who Just Wants to Help
by Anna Faris with Rachel Bertsche. Foreword by Chris Pratt

Anna Faris is unqualified to give you relationship advice, but she’s going to anyway. And you know what? You love it.

Celebrity memoirs run the gamut from heartbreaking (Guts: The Endless Follies and Tiny Triumphs of a Giant Disaster by Kristin Johnson) to witty (Self-Inflicted Wounds: Heartwarming Tales of Epic Humiliation by Aisha Tyler) to amusing (I Don’t Know What You Know Me From: Confessions of a Co-Star by Judy Greer).

The ones I mentioned above all wise, self-deprecating, and well-written, which may be the winning formula for this genre.

So I’m pleased to report Anna Faris’ first book is fun, wise, honest, and heartfelt. I may be biased, though, because she starred in one of my favorite romantic comedies (What’s Your Number?), and I find her dorky persona endearing and relatable. 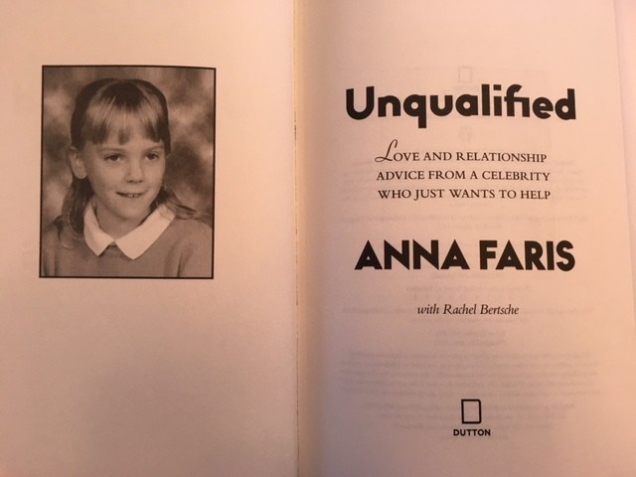 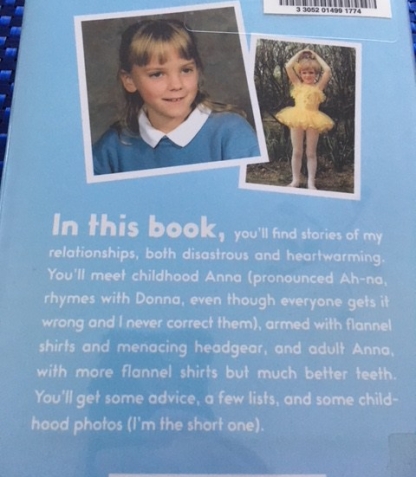 Unqualifiedis a mix of memoir and advice from her popular podcast of the same name. Chapters titles entertain and entice. Here’s a sampling:

The number one profession of men you shouldn’t date is hilarious. And Faris’ brilliant advice on extinguishing jealousy in a relationship really works. Pratt tried this tactic when they filmed a movie together — he played a minor part; she was the lead — and became instant best friends with her co-star.

Some people may want to gag themselves with a spoon about the fact that she’s a celebrity with a hot ex-husband, adorable son, and a hit TV show (I skimmed one reader’s jealously-tinged book review), but Faris herself recognizes and acknowledges this in “This Is The Chapter That Will Make You Vomit.”

The fact that the book is sort of a love letter to Pratt and was (famously) published shortly after their separation announcement – I know: awkward! – makes Faris seem all the more like one of us.

I love her because she’s smart, funny, wears her heart on her sleeve, and isn’t afraid to be nerdy and awkward in her movies and in real life. The chapter about attending her high school reunion is about as real as you can get. (Thank you, Anna, for validating my decision to not attend reunions!)

The verdict: Worth your time. Find this at your local library or buy the ebook.

Katherine Valdez loves to read, write, hike, watch movies, and sing (most recently “A Million Dreams” and “Rewrite the Stars” from The Greatest Showman). Read her no-spoilers movie and book reviews by following her at www.KatherineValdez.com. Type your email address in the Follow box and watch for the confirmation email to complete the process.